Here’s a fun little side project for a friend. My spouse is an amazing artist in his own right. He makes these beautiful cigar box instruments. The necks, knobs and finishing details are all hand carved and painted. They are also all playable. He’s made everything from guitars, ukeleles and banjos. He’s also been known to dabble in making speaker cabinets and effects pedals as well. It’s really quite awesome stuff. Have a pop over to his site and check his stuff out. bobbysmale.com

What does this all have to do with me you ask? Well a musician friend of ours is preforming in a theatrical comedy show called One Man Two Governors. He plays a part in this awesome Skiffle band that is part of the show. He purchased one of Bobby’s creations to play in the show and managed to talk him into building a custom case for it. Not something he usually does but he’s a good friend. Wanting to add a little something special we decided to paint the instruments name on the case for an added personalization. So fun letting project for Angie! Yay! Here’s the finished product with the maker’s mark in gold below. 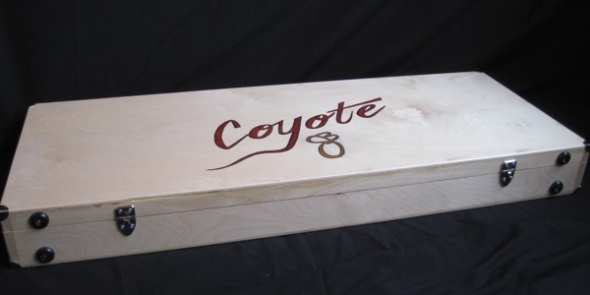 Here’s the one I skipped. It took me a while to figure out what to do. I ended up watching a video online from Typo San Francisco given by typography Gemma O’ Brien. I have been following her on Instagram for awhile and find her posts quite inspiring. Her talk at Typo SF was just that … inspiring. It has been awhile since I have done a post using letters so I thought this might be a good one to try. I ended up deciding to do the word made from Zodiac symbols turned into letters all floating in space. Not a complicated piece, but figuring out the letters out of the symbols took a little bit of doodling before starting. 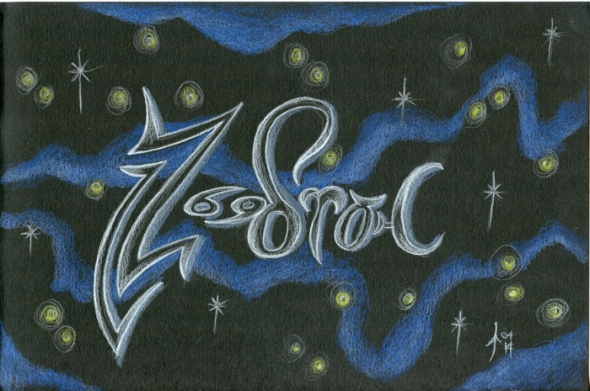 Attended my first online concert last night. The band Clutch put together a streamed event with 4 bands. Saul, Blacktop Mojo, Crowbar and of course Clutch. Saul was impressive with their garage setup and a full light show. Blacktop Mojo was a new discovery for me and they were great! Of course my fave was Clutch. And to keep with tradition I’ve posted a snip of the song I always post when we go see them ☺️ Cool part was they released a limited edition concert shirt for the event and $2 from every sale is going to their road crew who are out of work for the foreseeable future. Makes me love this band even more. #isthisourfuture? #saul #blacktopmojo #crowbar @clutchofficial #streamedconcert
A short walk from the Maritime Museum is this guy. It’s called Gundam Unicorn. It’s a 1:1 scale model of the character from the anime series. It’s huge. I sure hope the people who built it giggled to themselves the entire time they were building it. It’s gotta have been a crazy cool project to work on! Gotta say it seems like a crazy spot for it too. So I googled and turns out this show is all about war,humanity, hope, evolution. I guess I can see why its close to the museum that looks like a war ship. ☺️ Oh and what the heck was I thinking! ITS SO COMPLICATED TO DRAW! Turned out ok but my brain hurts. Cool side note you can buy tickets to see this guy transform and put on a light show. Youtube it. It’s pretty neat. #virtualjapanvaction2020 #gundamunicorn #tokyo #inkandwatercolor #rosemarybrushes #mgrahamwatercolors #handbookjournal #sketchbook #sketching #painting #yegarts #yegartist #angiesot
Walking to our next destination there are many ships in the water but I guess they decided to “plant” one on land. Not kidding this is the Museum of Maritime Science. I assume it was purpose built and not just landed there from an existing ship. But maybe not. Will have to find out one day. 🛳 #virtualjapanvaction2020 #tokyowaterfront #inkandwatercolor #rosemarybrushes #mgrahamwatercolors #handbookjournal #sketchbook #sketching #painting #yegarts #yegartist #angiesot
Moving down to the waterfront to check out some museums next. The first is the National Museum of Emerging Science and Innovation. #virtualjapanvaction2020 #tokyowaterfront #inkandwatercolor #rosemarybrushes #mgrahamwatercolors #handbookjournal #sketchbook #sketching #painting #yegarts #yegartist #angiesot